Such award for active scientists and clinicists has been given for the second time by Lithuania’s Polish Medical Society and the National Cancer Institute.

The scholarships were awarded by signatory Ceslav Okinicz and chairman of the Polish Medical Society Dariusz Zybort.

Professor Kazimieras Pelcaras was a distinguished medical personality, humanist and patriot. He initiated the establishment of National Cancer institute by creating a society against the Malignant Tumor and starting the construction of a hospital and institute (Polocko Str. 6). He was tragically killed during World War II. 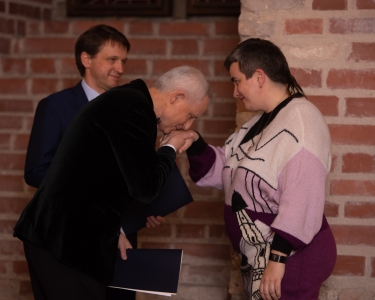 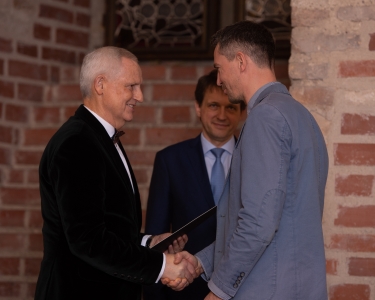 We use cookies to distinguish you from other users and ensure that we provide you with the best experience when you use our website and for the purposes of site analytics and delivering interest-based advertising. If you consent to our use of cookies for these purposes, please close this message and continue to use this site.

We use Google repatcha to identify if you are not a robot, which helps us to avoid spam.

In order to make this enquiry form active, you should tick "accept performance cookies"

You can choose not to allow some types of cookies to be set according to your privacy preferences.